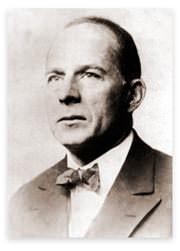 In common or academic parlance “right-wing” has become synonymous with belligerence and militarism. However, once upon a time, the American right had no shortage of noninterventionists and antimilitarists. During the first half of the 20th century, a political faction later known as the Old Right held on to a vision of a restrained America on the world stage. Based largely within the rural Midwest, the Old Right was a hodgepodge of fervent anti-New Dealers, trade protectionists, nativists, and noninterventionists. They were opposed, at least in theory, to everything big: big government; big labor; big business; and big banks. They embraced romantic notions of American exceptionalism and scorned Europe as a land of iniquity. To them, the Old World represented the worst of all political and cultural outcomes: monarchism; imperialism; corporatism; and socialism. These core beliefs translated into foreign policy positions that opposed entangling alliances, government-directed foreign investment, and large standing armies. Additionally, they advocated for restraining U.S. political influence to the Western Hemisphere. Among them was journalist, Garet Garrett.

During his heyday, the Midwesterner Garrett worked for some of New York’s most prestigious journalistic institutions: the New York Times, the New York Evening Post, and the Saturday Evening Post. He adopted a particularistic view of the human condition during his travels abroad, which informed his anti-progressive politics. During one stint in the Philippines in 1930, he groaned about “sentimental imperialists” attempting to remold Filipino society into an American image, a project that he found foolhardy. [i] His time overseas shaped a politic that of an Americanist and constitutional liberal. He supported restraint aboard, laissez-faire at home, and a gold-backed dollar. He spent the final years of his journalistic career fighting two forces that he thought would end America as he knew it, the New Deal and U.S. entry into World War II. Like the rest of the Old Right, he viewed the events of the early 20th century with horror, not just for their depravity and carnage, but because they ushered in a fundamental transformation of the American state and its relationship with the individual.

In May of 1953, as the Cold War solidified, Garrett wrote a touchstone for conservatives and libertarians alike, The People’s Pottage. Garrett’s treatise was a scathing rebuke of New Deal liberalism and an assertion that the U.S. had crossed the Rubicon from a republic into an empire.

The People’s Pottage constituted Garrett’s final appeal to return to laissez-faire liberalism. Chief among his critiques was that the United States has turned its back upon its heritage and embraced imperialism. For Garrett, America’s imperial departure was encapsulated by two phenomena, the bloat of American government power at home and an empowered presidency that could exercise unfettered power abroad. Garrett argued that these forces were intertwined within the progressive “reforms” of the late 19th and early 20th centuries and laid the foundation for an American imperial project which reached full flower during the Cold War.

Garrett argued that the seedbed for the American empire in the 20th century was a dramatically empowered federal government. Garrett was particularly concerned by the abandonment of the gold standard, the advent of fiat currency, the adoption of an inflationary economy, and the establishment of an income tax. He lamented in the book’s preface that the dollar “which was long the most honored piece of money in the world, became an irredeemable scrap of paper, with no certain value.” [ii] Garrett asserted that the adoption of fiat currency afforded the federal government to centralize its control at the expense of private enterprise, local governments, and the individual. Additionally, a surplus of cheap money provided the United States government the liquidity to engage a permeant fiscal-military state designed for world domination.

Garrett also argued that installing an income tax allowed the federal government to create an external empire. Before 1912 the United States did not have a permanent tax on personal income. Garrett argued that the federal government gained a means of raising revenue and achieved another means of exercising its political will over society with its advent. He argued that its exclusivity meant that Americans “first experience with organized government propaganda designed to ‘arouse hostile attitudes toward the symbols and practices of the established order.'” [iii] In his view, while only targeted at high earners, the income tax trained the American populace to loath the old political order and see themselves as atomized members of a political whole. He conceded that this process was an evolutionary one. This progression did not reach its potential until “the first year of the Roosevelt era that the intellectuals achieved political power at the foot of the throne.” [iv] Like the rest of the Old Right, Garrett viewed this gradual culmination of power that flowed within the FDR administration as the final component needed for an American empire.

These moves by the New Deal state occurred in concert to destroy the concept of individualism. In a section entitled “The Domestication of the Individual,” Garrett argued that for the New Deal state and its external empire to function, it needed to destroy the American tradition of rugged individualism. He contended that the state’s first salvo in this war against the individual was incessant propaganda. Garrett asserted that the New Deal state assailed Americans with messages which claimed that individualism “was made the symbol of such hateful qualities as greed utter selfishness and ruthless disregard of the sufferings and hardships of one’s neighbors.” [v] Americans needed to be trained that their enlightenment liberalism was the root cause of the Great Depression and an impediment to progress.

The second salvo in the New Deal state’s war on the individual was to bind them into an intricate web of alphabet agencies. Garrett argued that the flood of domestic agencies during the New Deal was not meant to provide relief during challenging economic times but rather designed to create dependence between people and Washington at the expense of individualism and mediating institutions. This societal disaggregation created the realignment necessary for a postwar imperial project.

Garret argued that this massive growth of domestic state power afforded the president the means and opportunity for the United States to become a world power. In his calculation, central to this project was the growth of executive power. The first step in this process was a transformation of the presidency from the chief executive into the embodiment of the body politic.

Like most of the Old Right, Garrett was a small r republican. For him, empire was impossible so long as government power was diffused and answerable to the people via their legislature. However, with the growth of the presidency, this typical method of control broke down. Even though the president was an elected official, their power was not answerable to the people. The chief executive controlled the “Executive Government […] the largest propaganda machine in the world.” [vi] This “propaganda machine” was what Garrett referred to as the “Bureau Government,” the labyrinth of technocratic agencies responsible for implementing the law and an ever-increasing torrent of executive orders.

Like much of the Old Right, Garrett embraced historical models of governance and empire. He saw America going down an imperial path like that of Rome. Garrett rejected a progressive view of history. Instead, he saw the march of history as that of patterns and similarities which echoed through space and time. And, like Rome, he saw that the United States was increasingly enthralled with its empire at the expense of its republic. He argued that the freer hand afforded to the presidency in foreign affairs meant that he could engage in “executive agreements” with other world leaders and thereby circumvent the treaty-making power of Congress. This development in executive power undermined the constitution’s spirit of checks and balances and undercut the authority of Congress, the voice of the people within the republic. Lastly, he saw that the United States deconstructed its republic and built a “garrison state.”

Like Rome, he argued that America allowed its foreign interests to dictate its domestic character. But, unlike Rome, technological advances meant that the U.S. was building “the most terrible war machine that has ever been imagined on earth,” adding that “every domestic policy is bound to be conditioned by our foreign policy.” He held an uncompromising view of militarism and its harmful effect on the body politic. For Garrett, military buildup and empire went hand-in-hand.

Garrett’s conceptualization of the American empire was typical for his political cohort. While contemporary progressive critics like Charles Beard saw American expansionism as a material force that spanned the country’s history, Garrett argued that America’s imperial turn had shallower, political roots. For Garrett, American westward expansion was not imperial but merely a state-building effort typical of other growing nations. “Continental conquest did not give the United States the character of Empire,” adding that such growth was limited by geography and line with historical norms of state expansion[vii]. In his calculation, America had diverged from its righteous path. “Ex America,” infused with cheap capital, supported by the growth of a permanent technocratic class, and an empowered presidency, embarked on an expansionist project far beyond its shores and the bounds of a pre-progressive imagination.

Garrett died a year after publishing his opus. His ideas, however, carried on their own within the minds of the American right. His preeminence of political and human action would inform right-wing critiques of the state for decades after his passing. Garrett’s conception of empire abroad as an extension of empire at home would remain central to conservative and libertarian critiques of the establishment’s budding foreign policy. His thesis of an “America that lost its way” would resonate with conservatives and libertarians well beyond his death.[viii]. The People’s Pottage became a touchstone for the then yet-to-be-named “ultraright” and the fledging libertarian movement. The John Birch Society featured it on its “one dozen candles” reading list[ix], and numerous libertarians would cite it and other work by Garrett as essential reading in the field of liberty and empire.[x]

While Garrett’s name has faded is into popular obscurity his ideas have bubbled to the surface. The decentralization of the internet and the breakdown of the neoliberal governing order have provided an opening for dissent critiques.